A leaked report from the secretive UFO task force at the Pentagon has revealed a startling photograph of a mysterious ‘silver cube’ object. Two reports from the Defense Department’s Unidentified Aerial Phenomena Task Force, previously circulated in the US intelligence community in 2018 and this year, were shared by The Debrief earlier this week. The 2018 classified report included a photograph from the cockpit of a military fighter jet after its pilot spotted an “unidentified aerial phenomena,” or UAP.

Per the report, the UFO photograph was taken “from within the cockpit of an F/A-18 fighter jet with a pilot’s personal cell phone” on the East Coast of the US.

The object appeared to be “hovering” at 35,000 feet over the Atlantic Ocean when the military pilot spotted it.

Three US officials who saw the picture described it as a “cube-shaped” and silver object.

A list of possible explanations for the strange object were included in the official report, including the possibility that the UAP was “alien” or “non-human technology”.

JUST IN: Utah monolith mysteriously vanishes ‘Perhaps it was an alien probe’ 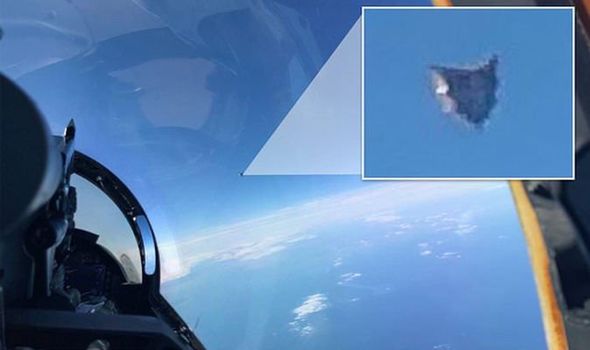 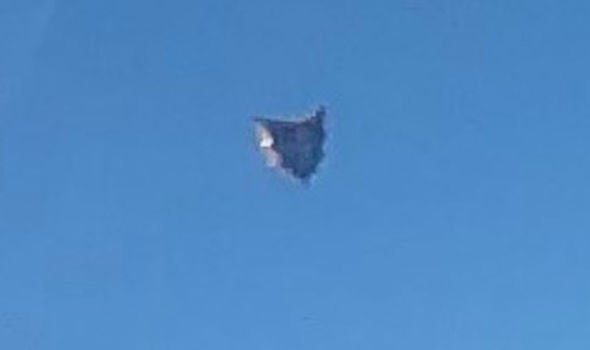 The 2020 classified report included an “extremely clear” UFO photograph, which was not released in the leak.

The triangular craft, which had lights on its corners, emerged from the ocean and soared into the sky, according to officials. 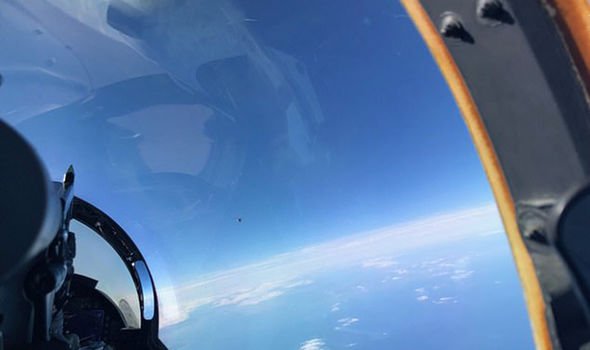 One intelligence official told The Debrief: “In decades with the Intelligence Community, I’ve never seen anything like this.”

Nick Pope, who previously investigated UFOs for the UK Ministry of Defence, said: “I’m more interested in the fact that this first photo has been leaked, and in the related leaking of information about the Pentagon’s Unidentified Aerial Task Force, where serving intelligence community personnel have shared insights from two intelligence position reports.

“With my own defense background in this subject, three things stand out. Firstly, the description by one insider of the reports as ‘shocking’ — a word that begs the question what about UAP do these people find shocking.” 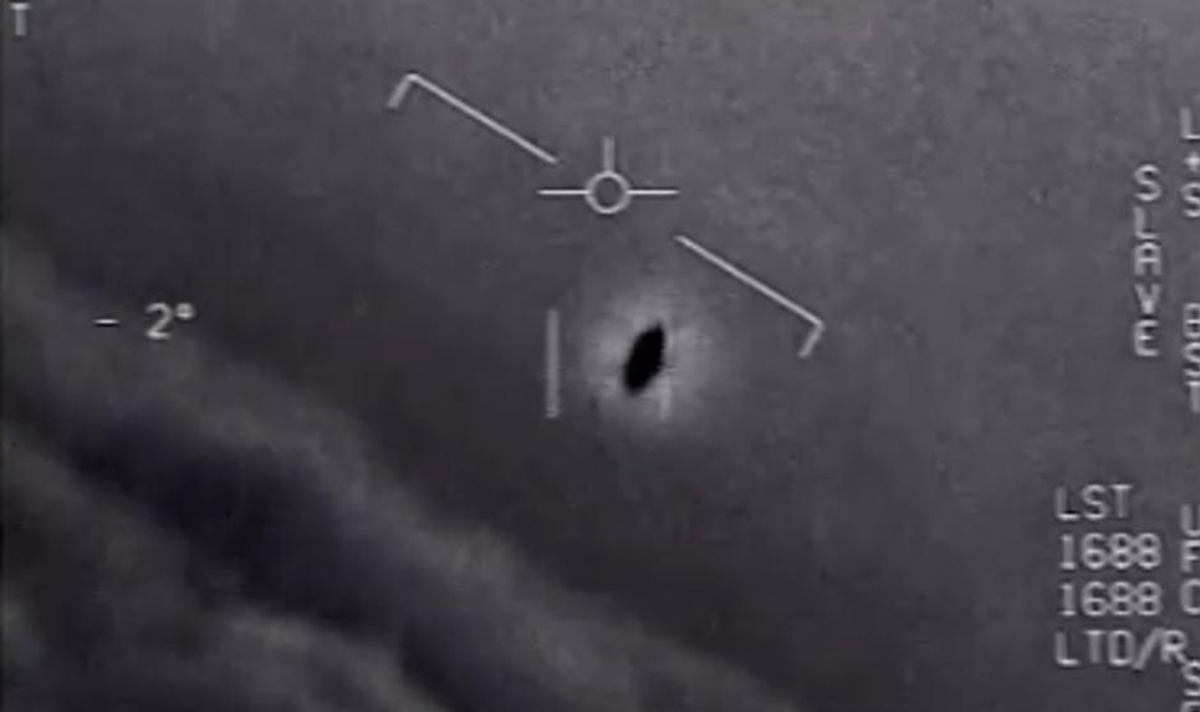 He added:”Secondly, the fact that the intelligence reports seem to have been given a surprisingly wide distribution in various intelligence agencies.

“And thirdly, the fact that the extraterrestrial hypothesis seems genuinely not to have been taken off the table.”

Mr Pope later told DailyMail.com: “What this new information does is confirm that the US government is taking the UFO phenomenon more seriously than ever before.

Earlier this year, the Pentagon created a task force to see if such aerial objects pose a threat.