Amazon is about to reveal a bunch of new devices and they could make the Alexa-powered gadgets currently plugged-in at your house look massively inferior. Although details remain scarce ahead of the event, we do know that Amazon has a major launch scheduled for tomorrow evening.

If previous years are anything to go by then it’s almost certain new Echo and Alexa-powered gadgets will be revealed to the world. As well as new form-factors, we’ll likely to see some useful new upgrades.

The online retail giant has a history of announcing new products in September. Last year, Amazon revealed a new Echo, the neat Echo Dot with Clock, and Echo Studio which finally brought a better sound to the speaker range. We also got a pair of new wireless earbuds, called Echo Buds, which were aimed squarely at Apple AirPods.

Amazon is notoriously good at keeping its new products under wraps until the big event gets underway so very little has leaked ahead of the keynote, but there are few things we’d certainly like to see arriving from tomorrow. 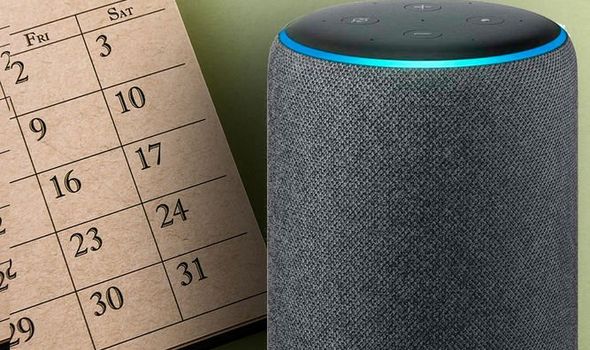 One of the biggest upgrades that would surely be hugely popular is the addition of a battery pack inside the speaker which would allow users to move it from room to room without having to unplug it.

The entire range of current Echos all need a power cord and better portability is something fans have been wanting for a while. This could also be an important upgrade especially as Google recently teased an image of its upcoming Home speaker upgrade which is rumoured to feature an internal battery for ultimate portability.

Other upgrades that could arrive from Amazon later this week could be more devices with the neat in-built clock, similar to last year’s Dot, and improved audio.

Amazon’s big showcase is set to get underway tomorrow night from 6pm and Express.co.uk will bring you all the news live as it happens.

This is an exciting month for smart device launches as Google will follow with its own event next week. Google has even confirmed that a new speaker is on its way with an invite to an event on Wednesday, September 30 saying “We invite you to learn all about our new Chromecast, our smart speakers and our new Pixel phones.”

If you’re looking for a new voice-powered device for your living room then watch this space.