Virgin Orbit’s sister company, Virgin Galactic, hit the headlines yesterday after releasing the first concept images of its remarkable supersonic passenger jet. The sleek plane is capable of shuttling up to 19 passengers while travelling at speeds of Mach 3 – three times faster than the speed of sound.

The images show a plane with a triangular delta wing able to fly at an altitude of more than 60,000ft (11.3 miles) – twice as high as existing commercial planes.

The concept images are the result of extensive testing by the cutting-edge aerospace company.

However, an alien life conspiracy theorist believes footage from a failed test flight carried out in May by Virgin Orbit contains proof of extraterrestrial interference. 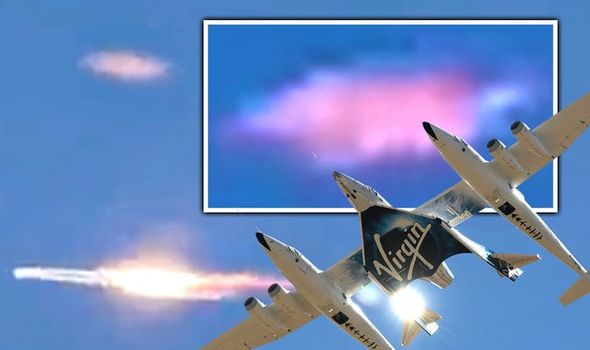 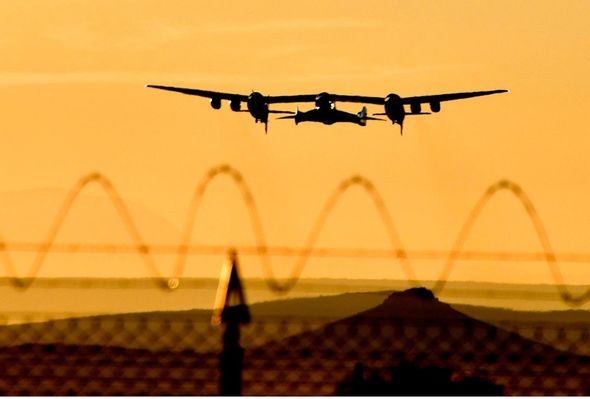 He said: “Watch as a Virgin Galactic rocket is released from a jet.

“It then begins its travel, when suddenly three glowing disks appear above it.

“Then the lead disk moves slowly down to the nose of the rocket, just as Virgin declares a problem with it.

“This cannot be a coincidence. It is obvious aliens do not want this craft to be working at this time in our history. 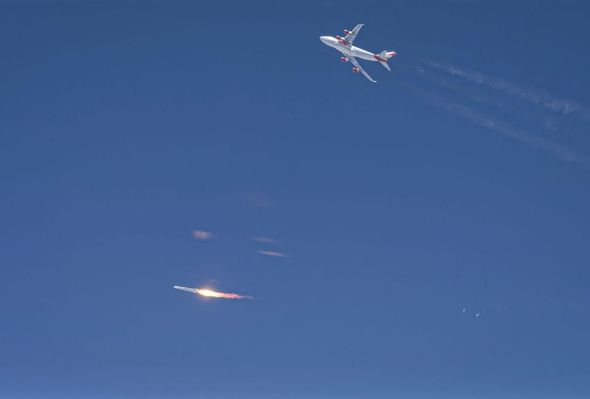 “But why? And were they responsible for it malfunctioning? I believe so.”

However, Mr Waring’s theory fails to take the official explanation for the cause of the LauncherOne engine failure in May.

The engine failure that cut short the first test flight of the air-dropped LauncherOne rocket was triggered by a faulty propellant feed line.

The launch attempt ended seconds after the rocket’s release from a Boeing 747 carrier jet over the Pacific Ocean.

Dan Hart, Virgin Orbit’s CEO revealed engineers have pinpointed the cause of the premature shutdown of the first stage’s engine to a break in a propellant feed line.

The launch attempt ended seconds after the rocket’s release from a Boeing 747 carrier jet over the Pacific Ocean.

Dan Hart, Virgin Orbit’s CEO revealed engineers have pinpointed the cause of the premature shutdown of the first stage’s engine to a break in a propellant feed line.

The first test flight of the 70ft-long (21m) LauncherOne rocket was the culmination of years of development, including numerous engine tests and test flights of the modified Boeing 747 carrier aircraft. 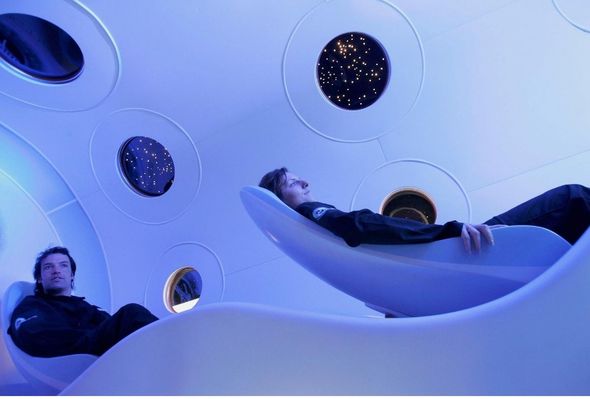 According to Mr Hart, Virgin Orbit collected enough data on the flight to prove the rocket’s aerodynamic control algorithms, in addition to calculating the cause of the first stage engine failure.

He said at the time: “The moments after dropping the rocket – in that data – we verified our entire aerodynamic database as we dropped the rocket off the aeroplane.

“We verified our control algorithms as our fins worked really hard to control the rocket through the turbulent flow around the aeroplane, and into the steady state flow as the rocket dropped through the air for about four or five seconds.”

‘The Passengers’ Explores a Chance Encounter on Train

‘The Passengers’ Explores a Chance Encounter on Train