SpaceX CEO Elon Musk, 49, has confirmed an issue with the rocket’s Raptor engine has delayed the test flight. The full-scale Starship SN5 rocket was due to lift off from SpaceX’s Boca Chica facility in South Texas, and rise by about 500ft (150m) before touching down away from the launchpad. The so-called hop was pencilled in for Monday evening (August 3), local time, but was called off at the last minute.

SpaceX’s Starship is being developed as a gateway ticket to Mars, with plans to put humans on the Red Planet before the decade is out.

Starship has also been selected by NASA to land astronauts on the Moon by 2024, in a multimillion-dollar contract awarded under NASA’s Artemis programme.

However, the project has been hit with delays in recent weeks, including a static fire test that was scrubbed on July 28. 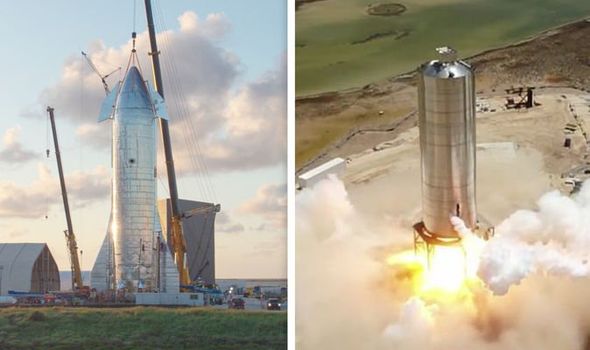 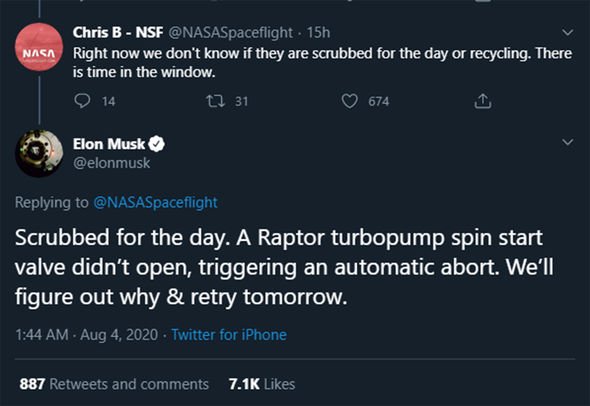 SpaceX cleared the nearby highway and launchpad at 11pm BST (5pm CDT) before calling off the launch just a few hours later.

Mr Musk then took to Twitter to announce the launch was scrubbed for the rest of the day.

He confirmed a spin valve in the Starship’s Raptor engine did not open, triggering an abort.

A similar problem occurred in July when a fuel spin valve failed to open during a static fire test – one where the rocket fires its engine but remains tethered to the ground.

A second launch window has opened today and will stray open until 2am BST tomorrow (8pm CDT).

The Starship SN5 is a scaled-down version of the proposed Starship, which has gone through numerous design changes in years.

But the stainless steel construction is still impressive, standing at 160ft in height. 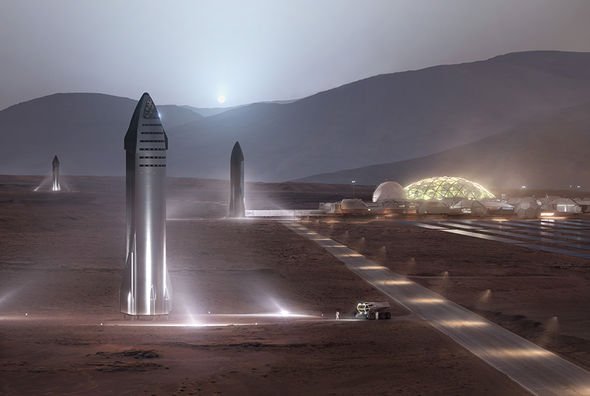 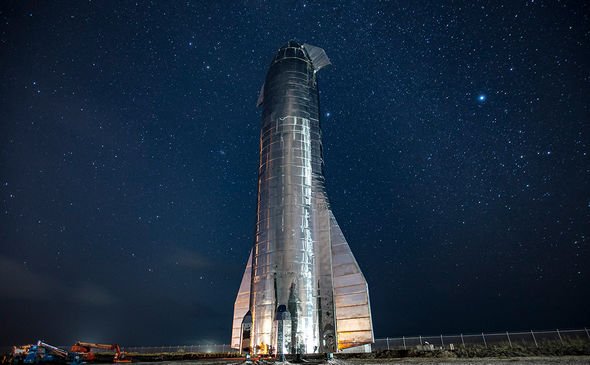 In July 2019, SpaceX carried out a test flight of its smaller Starhopper prototype.

The bucket-like rocket briefly rose by about 65.6ft (20m) before landing.

After the successful test hop, Mr Musk said: “One day Starship will land on the rusty sands of Mars.”

SpaceX’s goal is to land a cargo mission on Mars by the year 2022, followed by the first crewed mission in 2024.

Mr Musk said: “You want to wake up in the morning and think the future is going to be great – and that’s what being a spacefaring civilization is all about.

“It’s about believing in the future and thinking that the future will be better than the past.

“And I can’t think of anything more exciting than going out there and being among the stars.”