Since the 1950s, humans have been sending objects into space, in the search for some of the most profound answers. And the improvement of technology has lead to an ever-increasing number of space missions.

This, in turn, is leading to a growing number of satellites in orbit over Earth.

There are more than 2,000 satellites in Earth’s orbit and approximately 22,000 larger pieces of space junk.

This development is alarming astronomers, with thousands more space missions planned over the next decade.

In total, there are more than half a million pieces of junk in space. 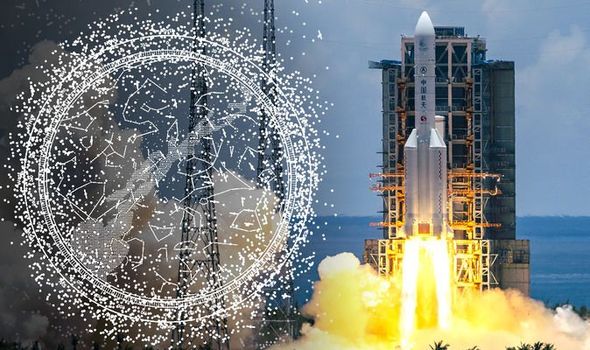 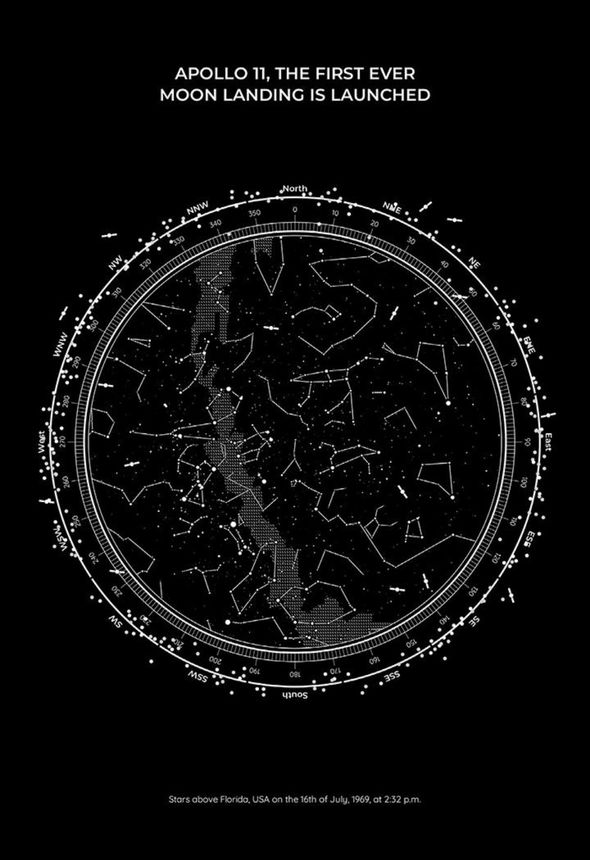 This accumulating number poses a huge risk to space travel including an increased danger of catastrophic collisions, as debris grows out of control which will affect future development plans.

Satellite plans have also been disputed by astronomy experts who fear they will interrupt observations and future studies.

The Elon Musk-owned SpaceX has confirmed they are looking at ways to reduce this, the news coinciding with recent images showing their controversial Starlink satellites ruining the view of Comet NEOWISE. 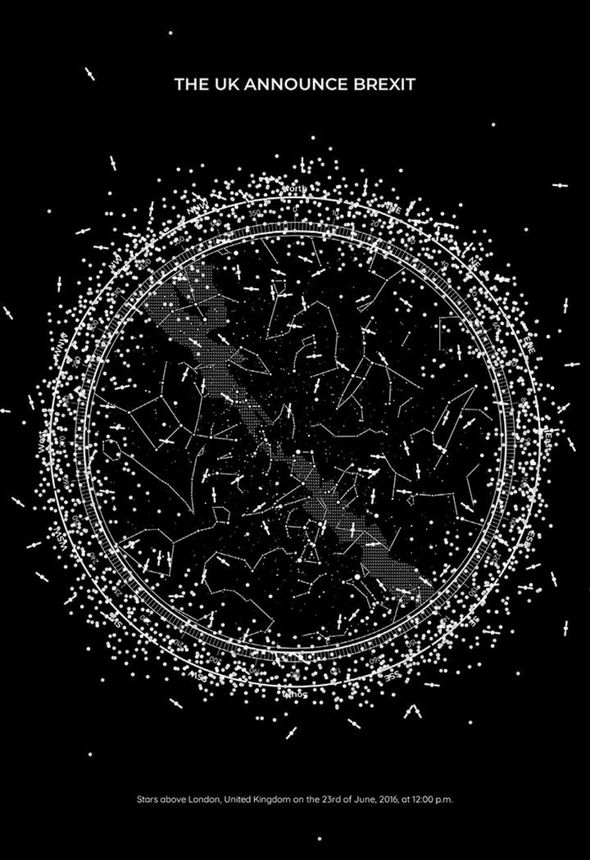 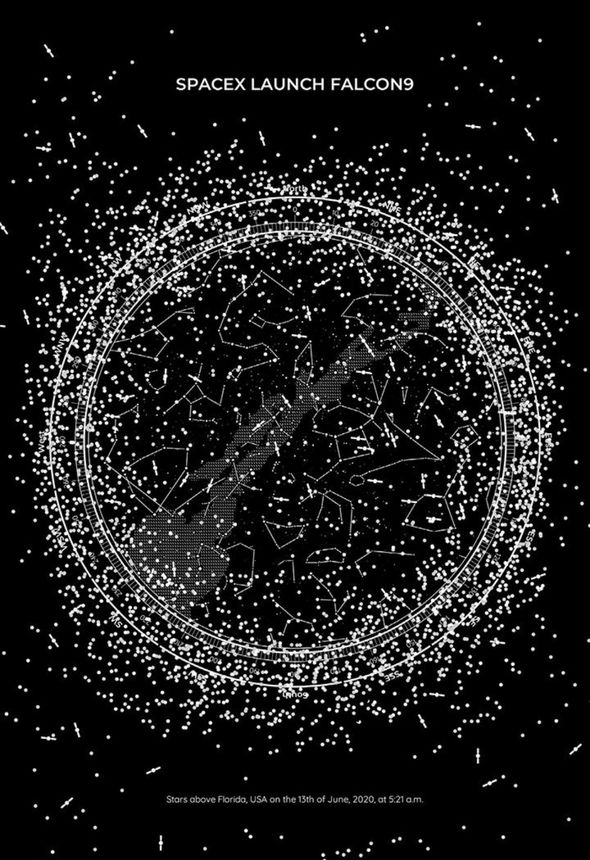 One of the most iconic events in history, the Moon landings were a culminating point in the Cold War space race.

As the stars show during the launch of this mission there was a low amount of activity in space with just a few satellites launched and approximately 1,000 to 2,000 pieces of space debris.

June 23, 2016, marks the date when the EU referendum took place, and the people of the UK narrowly voted to leave the European Union.

It was a date in history that would change the future for many.

However, that is not all that was changing, because so were our skies, slowly but surely.

SpaceX is sending thousands of satellites into low-Earth orbit as part of Elon Musk’s ambition to achieve an access-all-areas broadband internet supply.

On June 13, 2020, SpaceX’s Falcon 9 was launched, sending another 50 internet satellites into orbit.

So far SpaceX has launched more than 500 satellites, but this is only the beginning.

SpaceX aims to launch another 1,600 orbiting routers by the end of the year.

There are currently roughly 22,000 pieces of space debris orbiting the earth. 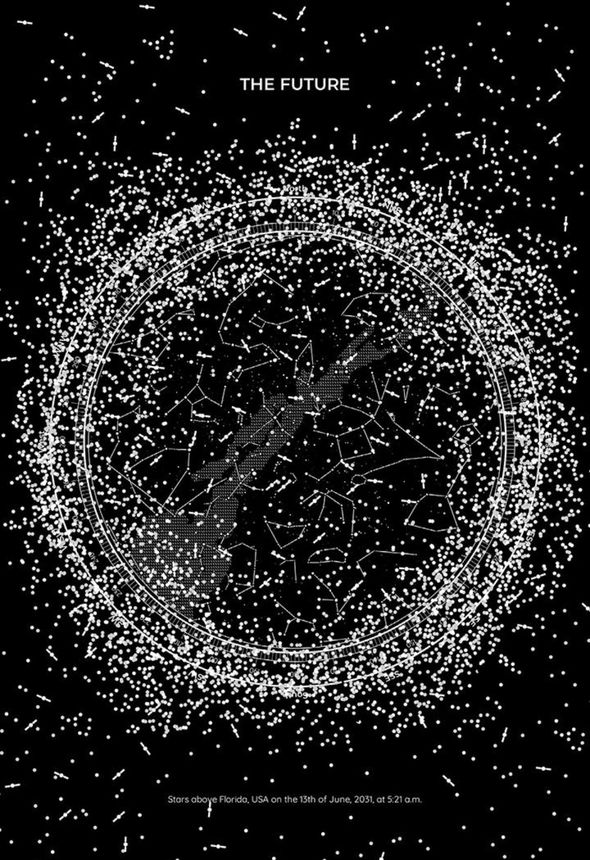 Exactly 10 years on from the last launch by SpaceX. With the number of satellites and items of space junk increasing every decade, at this rate, there could be an estimated 50,000 satellites and pieces of debris in space.

This could potentially ruin our view of the night sky forever, as the number of satellites in space will soon greatly outweigh the number of stars which can be seen by the human eye.

Zoltan Toth-Czifra, Founder of Under Lucky Stars, the star map company responsible for the new designs, said: “Since the 1960s and more notably the first moon landing, public interest in space exploration has continued to grow by excess.

“Humans are inquisitive, and as a race, we’re keen to learn more about how and when we came to be, including the atmosphere around us. But this intrigue has come at a cost.

“Although necessary to explore time and space, the damage we are leaving behind is continuing to grow, which will eventually lead to damage beyond control.

“A few satellites may seem like nothing in the vast area of space, but the junk and debris left behind from space activities causes a number of problems, mainly the increased risk of collision.

“These designs highlight the impact mankind is having outside of our own planet Earth and is a signal that we must clean up our act and monitor launches if we want to continue to explore our perimeters safely.”