A supervolcano is a large volcano that has had an eruption with a Volcanic Explosivity Index (VEI) of eight, the largest recorded value on the index. This means the volume of deposits for that eruption is greater than 1,000 cubic kilometres, enough to wipe entire cities off the map and cause a global catastrophe from the consequential effects, such as a nuclear winter. The geology of Hong Kong is dominated by igneous rocks, including granitic rocks and volcanic rocks, formed during a major volcanic eruption period in the Mesozoic era and researchers say the origins of the city can be traced back to the lava and ash left behind after a supervolcano eruption 140 million years ago in the area.

The discovery was made by geologists during the course of their daily survey, as they found that the rocks they were looking at could all be linked to one source, making the discovery the first of its kind in the region.

Civil Engineering and Development Department geotechnical engineer, Denise Tang Lai-kwan, said in 2012: “It is correct to say that the main city sits on a very old volcano.

“Though most of the remnants are submerged, the granite in Kowloon and the rock pillars in the Ninepin Islands can be traced back to this one source.”

Her colleague, Dr Roderick Sewell, recalled the moment he realised he was on to something big – the explanation for the city’s unique landscape. 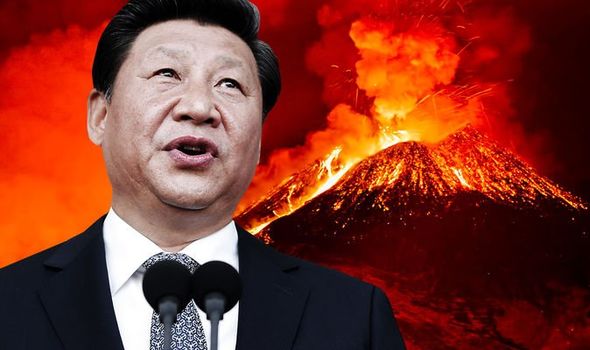 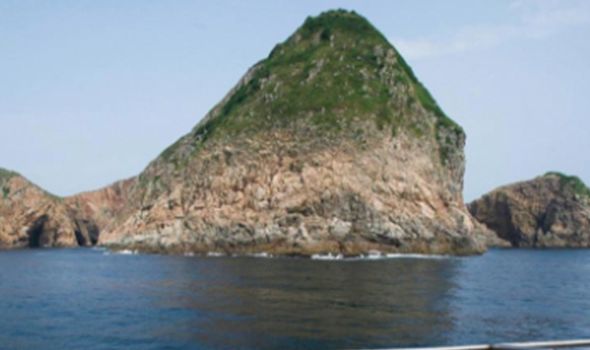 He said: “The ‘ah-ha’ moment for me was realising that everything pointed to one source – a supervolcano – the one system that could have preserved all the unique geological features of Hong Kong.

“We’re seeing something much bigger than what we thought.

“There are only around 50 supervolcanoes in the history of mankind.

“We suspect more will be added to the list following our discovery.”

The team then mapped out its entire system, running from eastern Sai Kung to Kowloon and Hong Kong Island itself, formed by the lava and ash left behind and named it the ‘High Island Supervolcano’ after the Sai Kung island, which marks the volcano’s top edge. 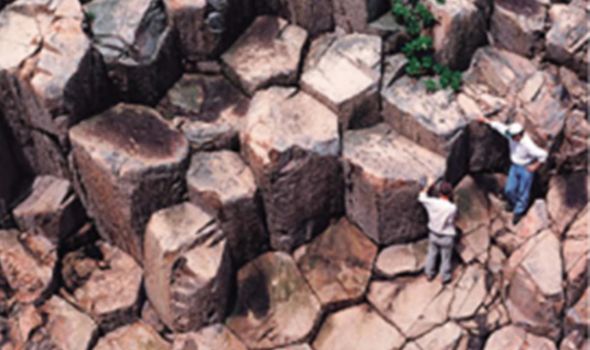 The 18-kilometre-wide caldera of the supervolcano was formed as high pressure and heat at the Earth’s core caused the surface to collapse and the deepest part of the volcano remains below the middle of the city, in Kowloon and Hong Kong Island, where leftover pockets of magma are marked out in the form of granite.

Dr Tang added: “From the granite in Kowloon, to the large hexagonal columns in the Ninepin Group [of islands], we can finally explain the link and source of these landscape features.”

But what is unique about the rock pillars is that they tilted to the east by 30 degrees, suggesting that the whole system had tilted due to tectonic forces. 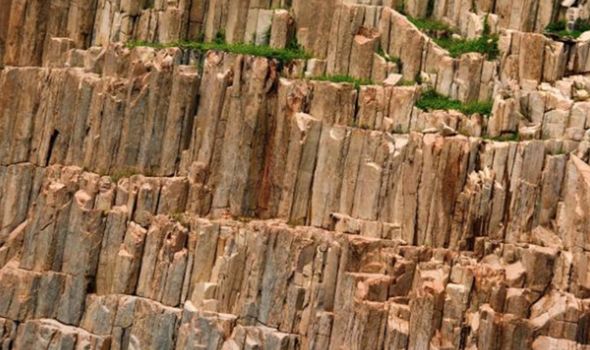 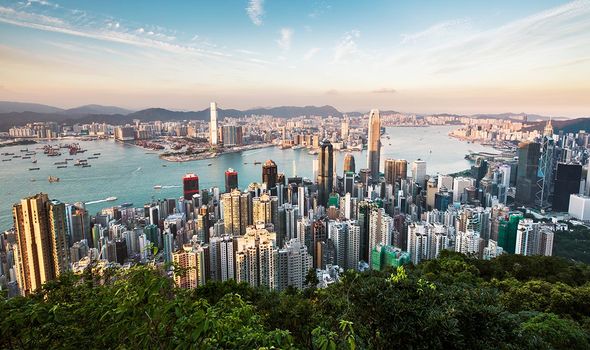 Dr Sewell added: “The tilt of the system made a lot of difference.

“Erosion and weathering present a cross-section of the caldera that gives geologists a window into the anatomy of a volcano in exquisite detail.”

Fortunately, though, there is no reason to fear, as experts said the volcano is now extinct and poses no threat to Hong Kong.

But when it last exploded 140 million years ago, it would have darkened the sky with 312 cubic miles of ash, enough to blanket all of the region, most likely wiping out any form of life and causing havoc in the years following.