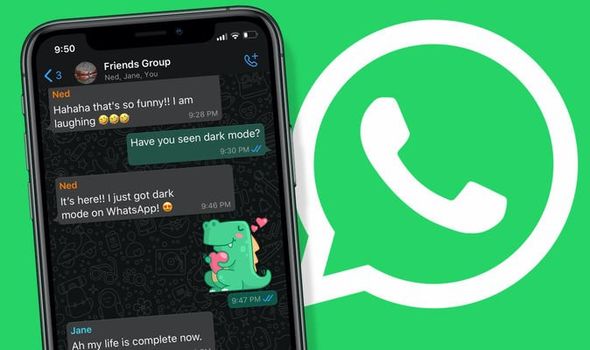 WhatsApp revealed the new features in a blog post. Not everything detailed in the announcement was surprising – some of these features, like animated stickers, have been spotted in beta versions of the chat app while in development. Interestingly, Animated Stickers were unexpectedly pulled from the beta in recent weeks, leading many to assume the idea had been dropped.

Thankfully, that’s not the case.

While WhatsApp has boasted the ability to send stickers – large illustrations that offer more detail than the standard emoji available on all smartphone operating systems – since 2018.

However, in the 18-months since this launch, rival messaging apps, including iMessage and Telegram, have expanded on this idea to offer animated versions. WhatsApp is now following in the footsteps of these popular rival apps by including its own GIF-like stickers.

These expressive animations can be sent individually or paired side-by-side in batches of two – exactly like the static stickers currently available in the Facebook-owned chat app. 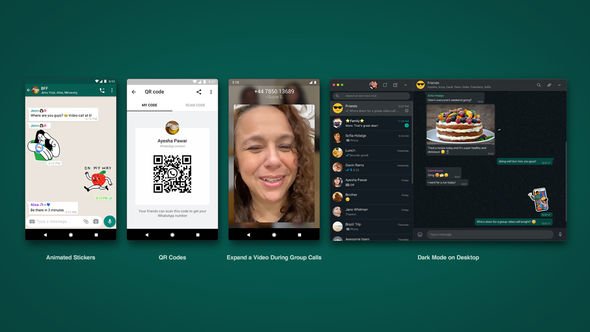 Introduced on Android and iPhone back in March, dark mode is designed to save your eyeballs from bright light by switching any areas of user interface which are typically white – to black. Windows 10 and macOS apps, as well as those who send and receive WhatsApp messages from their web browser, should soon see the benefit when texting friends and family late into the night.

Not only that, but laptops with OLED displays could see a battery life boost when using WhatsApp in dark mode.

Improvements to video calls and the ability to add a contact with a QR code have also been added to the smartphone app. That should save you slowly spelling out your mobile number to new friends – instead, scanning the automatically-generated QR code will immediately add their number, name, photo, address and other details directly into your chat app.

• Animated Stickers: Stickers are one of the fastest-growing ways people communicate on WhatsApp, with billions sent every day, according to the Californian app. To capitalise on this, WhatsApp is rolling out animated sticker packs.

• QR Codes: WhatsApp says this new feature is designed to make it “easier than ever” to add a new contact. Soon when you meet someone new, you will be able to scan their QR code to add them to your contacts. No more tapping in their digits one at a time.

• Video Call Improvements: With now up to eight people on a video call, WhatsApp has made it easier to focus on whoever you want by simply pressing and holding to maximise a single video from the eight-person call into full screen. WhatsApp has also added a video icon in group chats of eight or less, so you can easily start a group video call with a single tap.