UFO hunter Scott C Waring believes aliens are monitoring Earth and claims to have official NASA photos to back his claims. The prominent conspiracy theorist unearthed archival NASA photos taken in 1972, which appear to show “glowing white clouds” on the Moon. The NASA photographs were snapped during the US space agency’s sixth attempt to land on the Moon – Apollo 16.

Mr Waring shared the picture on his blog ET Data Base and his YouTube channel, claiming they are the real deal.

He said: “While exploring NASA’s image atlas for the Apollo 16 mission, I came across many images that have a glowing white cloud UFO on the far left of the panoramic image.

“At first I was sceptical and took a closer look at the craft noting that the shape of the UFO changed shape several times.

“It is unknown if the cloud is a cloak for the craft or the cloud is the craft, but one thing is for sure, it moves fast and matched the speed of the Apollo module.” 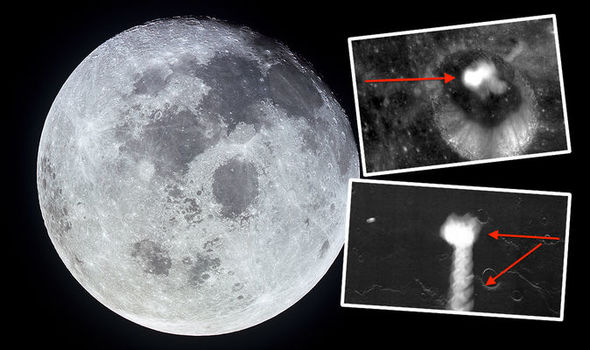 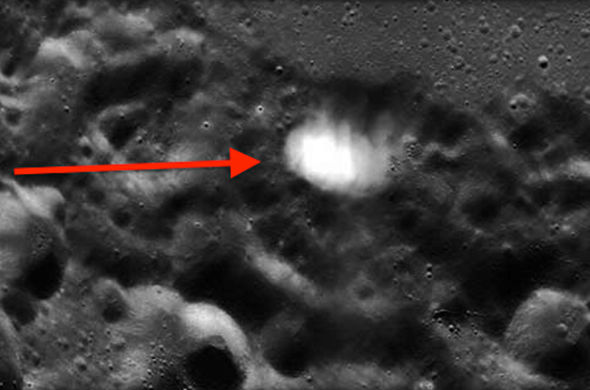 In his opinion, the UFO or unidentified flying object was monitoring the Apollo 16 mission as it orbited the Moon.

He said: “Please notice that the UFO moves from the top of the photo and matches its speed with the Apollo module then at about 450 photos it begins to fall behind, apparently realizing that the Apollo craft was no threat.

“Also there were about 40 to 45 images that had a 100 percent focused cloud in its location and each of these images are slightly different than the next, not to mention that the lunar surface below the UFO changes in each photo the Apollo 16 module took.”

Mr Waring also pulled 458 still images of the UFO, which he arranged into a video clip on YouTube.

He said: “The movie starts with a close up of the UFO and then halfway through shows the UFO in the full NASA panoramic photos.

“So the similarities to the Mars UFO seem to show it is a ship.”

However, not everyone was convinced, with one viewer suggesting the “glowing clouds” are simply a reflection on the spacecraft’s windows.

It is very likely the UFO claims are the result of a psychological phenomenon known as pareidolia. 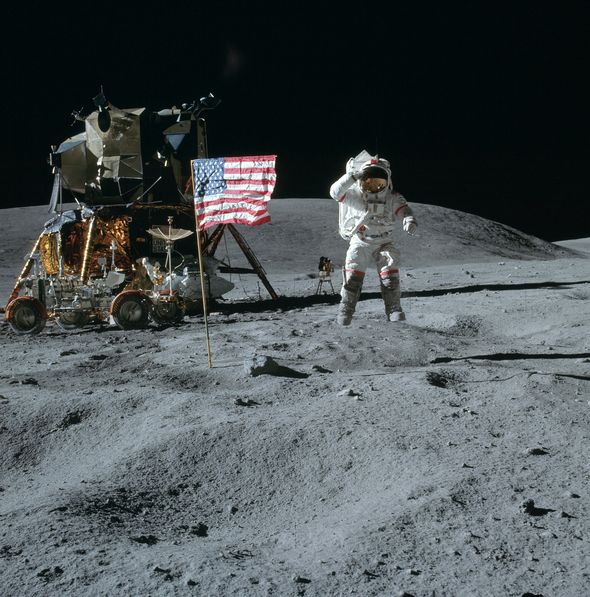 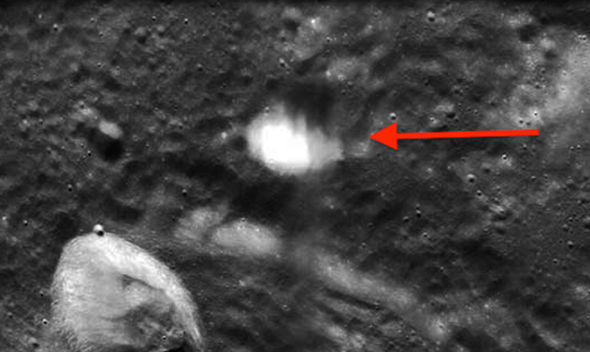 Pareidolia is a trick of the mind that causes the brain to see shapes and patterns where they do not exist.

For example, when people see a dog-shaped cloud or a human face in a rock formation – that is pareidolia.

Astronomer Larry Sessions wrote in an article for EarthSky.org: “Maybe you’ve seen the proverbial bunny in a patch of clouds, or a clown’s face in a mud splatter on the side of your car?

“It’s a form of apophenia, which is a more general term for the human tendency to seek patterns in random information.

“Everyone experiences it from time to time.”

According to NASA, a common case of pareidolia is seeing a face on the surface of the Moon.

NASA said: “There are many examples of this phenomenon on Earth and in space.”