Apple fans have a huge day ahead, with the US technology firm’s yearly WWDC Developers Conference kicking off from 6pm tomorrow. This event might not sound all that thrilling but it’s actually one of Apple’s most important keynotes of the year as it’s when the company reveals a first-look at the new features coming to its devices, including the iPhone.

If Apple follows its usual pattern, we should get our first glimpse at iOS 14, which will replace iOS 13 which currently powers millions of iPhones on the planet. Apple always stayed incredibly secretive about its launches, so there’s no official word on what new extras will be included in the blockbuster update.

However, there’s already plenty of rumours and leaks that suggest it could be an exciting launch. Perhaps one of the most interesting rumours is that Apple may finally allow widgets, such as weather or latest news feeds, to be added to the iPhone’s homescreen.

This is something Apple fans have been desperately calling for – especially as the feature launched on the iPad last September. It would surely make sense for the iPhone to follow suit and it could finally mean fans of this device get more ways to customise how things look on the display. Developers will need to update their software to support the new feature, which has been available on Android since its initial launch almost a decade ago, so it makes sense for Apple to announce it this week to give them plenty of notice. 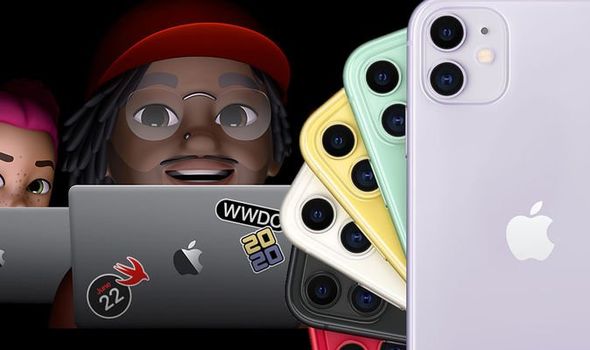 Another monumental update may arrive on the Messages app, with Apple looking to soon allow users to retract messages they regret sending. It’s also thought new features such as tagging someone in a group chat and being able to mark messages as unread could be unveiled.

Along with those updates, there’s plenty more that might change the way you use your iPhone with iOS 14.

We could well see the Activity App change with a new mode aimed at getting kids fit and sleep tracking might be added which will show just how much shuteye you’ve been getting. Another health benefit could be the launch of an all-new fitness app which will allow iPhone owners to watch videos that can walk them through various workouts.

We’ll find out full details tomorrow but this year will be different from past WWDC events. Due to the current health crisis, Apple won’t be hosting its usual people-packed event in San Jose, California.

Instead, Apple will be streaming its keynote via the web making this the first time in its 31 years that it has been an online-only event.

“We are delivering WWDC 2020 this June in an innovative way to millions of developers around the world, bringing the entire developer community together with a new experience,” said Phil Schiller, Apple’s senior vice president of Worldwide Marketing. “The current health situation has required that we create a new WWDC 2020 format that delivers a full program with an online keynote and sessions, offering a great learning experience for our entire developer community, all around the world.”

Express.co.uk will be bringing you all the news live as it happens so check back for all the hottest updates and gossip from 6pm tomorrow, June 22.