The Bible is venerated by billions of Christians as an account of God’s chosen people, the Israelites, and the life and death of Jesus Christ. And though most consider the Bible to be a spiritual document, many experts study the Bible’s chapters as a historical record of the Middle East. Professor Tom Meyer, an expert in Middle Eastern languages from Shasta Bible College and Graduate School in California, US, believes there is ample archaeological evidence to support the Bible’s historical track record.

Professor Meyer told Express.co.uk a great example of the Bible getting it right is the destruction of the city of Lachish in the modern-day Shephelah region of Israel.

Tel Lachish or Tell ed-Duweir is the site of an ancient settlement that is mentioned in the Amarna Letters – archival clay tablets dated between 1360 and 1332 BC.

According to the Bible, the city was captured and destroyed by the Israelites, and later formed part of the Kingdom of Israel.

The city was also the site of a victorious Assyrian invasion in the year 701 BC.

Professor Meyer said: “Of the over 100 people mentioned in the Bible whose names have been found on an object by archaeologists, one of the most fantastic finds was discovered by British archaeologist Austin Henry Layard during excavations of Nineveh between 1845 to 1847. 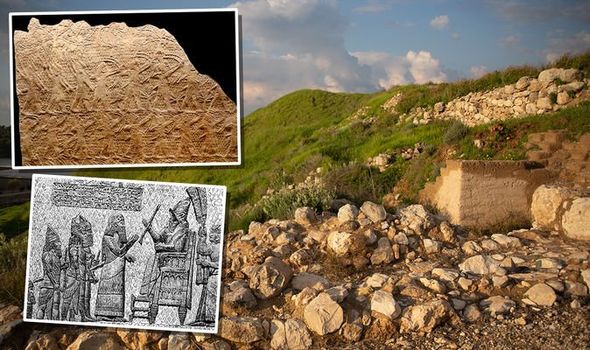 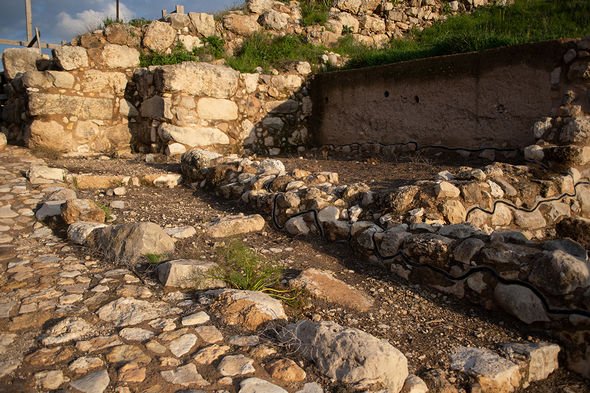 “Within the palace of King Sennacherib at ancient Nineveh, located within modern-day northern Iraq, Layard found a series of wall reliefs; these snapshot images portray one of the most famous Biblical battles and greatest military conquests of King Sennacherib.

“The 40-inch wide by 17-inch high relief called the Siege of Lachish Relief is now on display at the British Museum.

“It portrays the famous Assyrian king’s attack on the Biblical city of Lachish.

“This extra-biblical source portraying in detailed imagery the same account mentioned in the Bible not only validates the biblical narrative but adds great detail to the biblical account.”

The relief depicts the Lachish fortress, siege weapons, Assyrian troops and Jewish captives being led away from the city.

It was second in importance only to Jerusalem

The famous Assyrian King Sennacherib can be seen at the head of the army.

Professor Meyer said: “Though the city of Lachish is scarcely mentioned in the pages of the Old Testament, for the southern kingdom of Judah it was second in importance only to Jerusalem because of its strategic location. As such, the city of Lachish was highly fortified.

“A huge retaining wall encircled the city to maintain the steep slopes of the ancient city as well as prevent erosion.

“A glacis – an artificial bank sloping away from the city – was built to expose enemies to the Israelites archers on the walls. 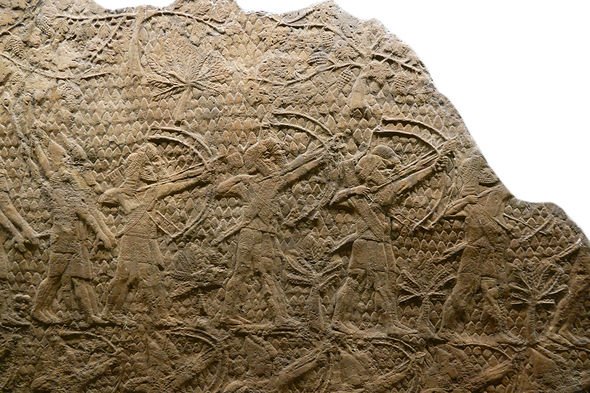 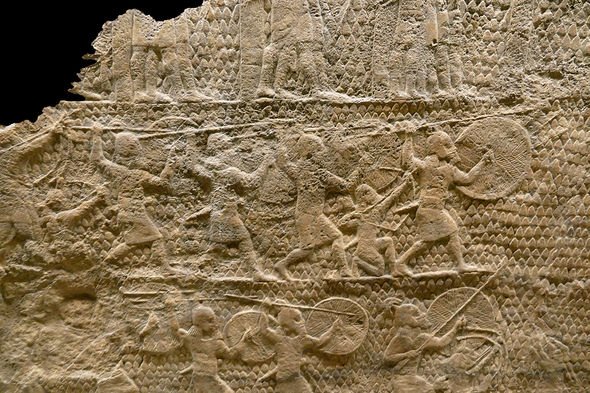 “The gate of the city was massive, the largest ever found from the period of the Israelite monarchy.”

However, despite Israel’s best efforts to fortify the stronghold, Professor Meyer said it was destroyed by Sennacherib in 701 BC.

The ramp leading into the fortifications measured about 200ft by 250ft in length.

Professor Meyer said: “Not only is this siege ramp portrayed in the Siege of Lachish Relief, but the ramp is still in existence today and is the only known Assyrian siege ramp left in the world.

“The ramp was probably built by captured Israelites from conquered neighbouring cities.

“The captives were forced to gather nearly 20,000 tons of fieldstones from the surrounding fields and build the ramp.

“Once in place, the ramp’s face was then coated with a layer of stones bound with mortar.

“The siege machines were then positioned on the ramp, as can be seen in the relief and the city was overthrown.

“Remains of weapons, ammunition, and equipment from this battle were discovered at the foot of the city wall by Israelite archaeologists.

“The Siege of Lachish Relief is one of the rare instances where archaeologists have found an ancient relief or ‘picture’ to supplement an event described in the Bible.”