Burning coal may have been to blame for a catastrophic global warming event 250 million years ago that wiped out 96 per cent of marine and 70 per cent of terrestrial species on Earth.

For years it has been attributed to extensive volcanic eruptions in Siberia over two million years, which belched tons of carbon dioxide into the atmosphere.

But now scientists have uncovered evidence that the boiling lava ignited coal seams buried in the Earth, which released more greenhouse gases and exacerbated the disaster.

After identifying outcrops of volcanic rock along the Angara river, near Mongolia, the team spent six years boating, hiking and flying through the region to collect 1,000lbs of samples.

When these were analysed they revealed small fragments of burnt wood and, in some cases, coal buried within them, showing coal was burning around the time of the eruptions.

The evidence could be a canary in a coalmine for today’s global warming, which has also been triggered by burning large amounts of coal. 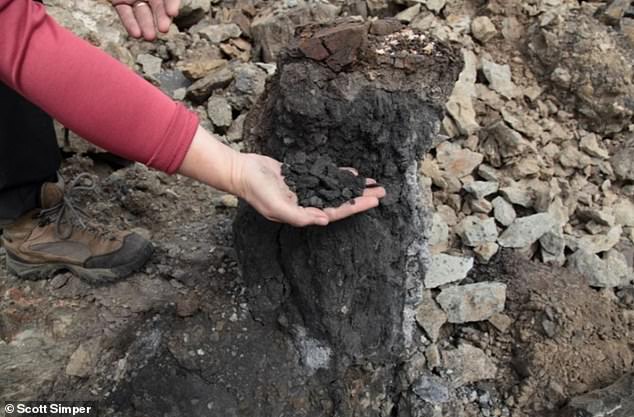 Scientists have discovered evidence that the cataclysmic eruptions also set fire to coal seams, such as this lump found amongst volcanic rocks in Ust Ilimsk, by Siberia’s Angara river 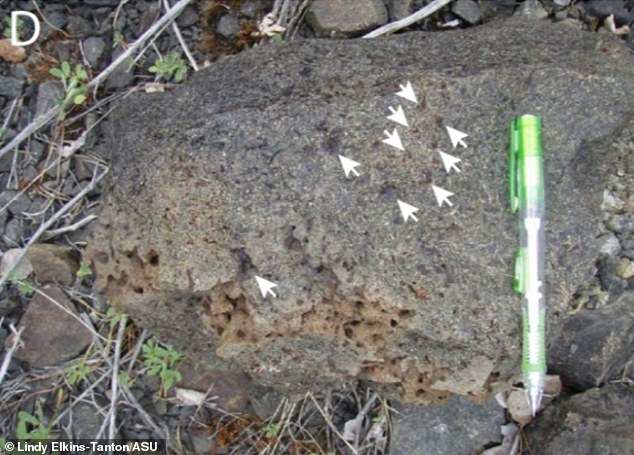 When volcanic rocks were analysed shards of burnt wood and coal were identified inside them. The arrows above point to burnt hydrocarbons found in a volcanic rock

The eruptions continued in Siberia for two million years and have left behind cliffs of volcanic rock, such as this 300-foot high one on the banks of the Angara river, Siberia

The study, published in the journal Geology, also identified sites with charcoal and sticky organic-rich blobs embedded inside rocks.

Burnt coal fragments were also shown to match coal remains found in the Canadian Arctic, which are thought to have wafted over from the fires burning in Siberia.

‘It was geologically astounding,’ she said.

‘Our study shows that the Siberian Traps magmas intruded into and incorporated coal and organic material.

‘That gives us direct evidence that the magmas also combusted large quantities of coal and organic matter during the eruption.’ 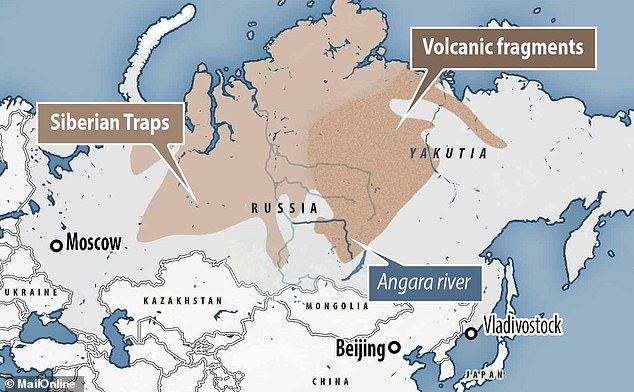 Evidence of the eruptions is preserved in the three million square mile Siberian Traps (Brown area). Scientists began their work along the Angara river, labelled 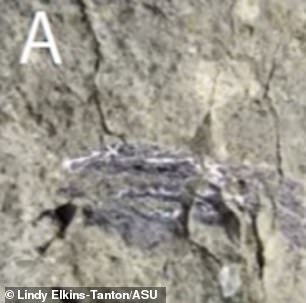 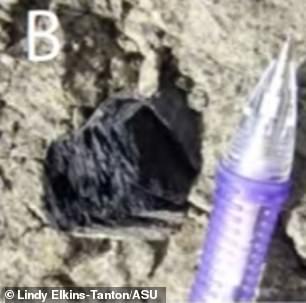 Coal and charcoal pieces pictured embedded in volcanic rocks from Siberia, dated to around 250 million years ago. They are from the eruptions

The End Permian extinction was a cataclysmic event that nearly snuffed out all life on Earth.

Calculations show that the temperature of sea water on the equator spiked to 104F (40C), which is above the maximum threshold for life.

Evidence for the eruptions that caused it is preserved in the Siberian Traps, an area of about three million square miles of volcanic rock that in places juts out in 300-foot high cliffs.

It took millions of years for decimated ecosystems to recover following the event. 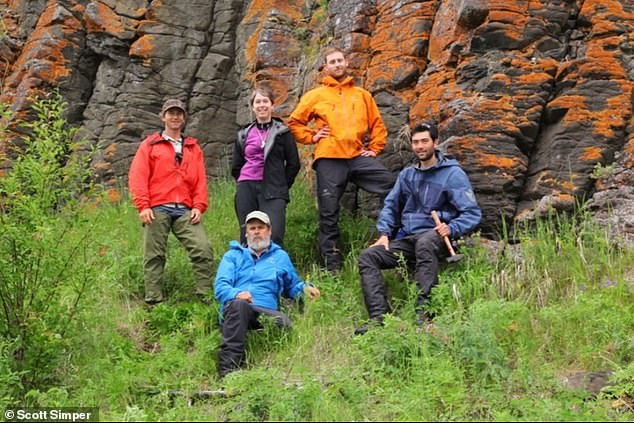 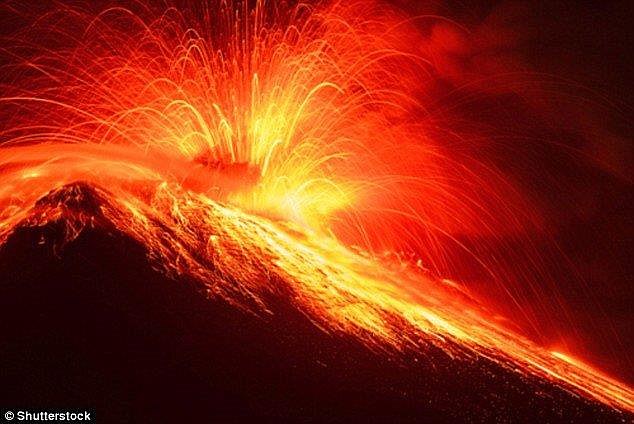 The massive volcanic eruptions were previously identified as a cause of the catastrophic global warming event, but the ignited coal seams have long been just a hypothesis

The researchers say the End Permian extinction bears remarkable parallels to today’s Holocene Extinction, which is happening as burning coal drives up the planet’s temperatures.

‘Seeing these similarities gives us extra impetus to take action now, and also to further understand how the Earth responds to changes like these in the longer term,’ said Prof Elkins-Tanton.

What was the End Permian mass extinction, known as the ‘Great Dying’? 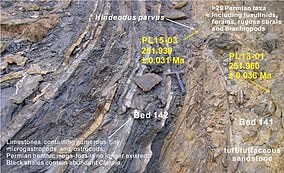 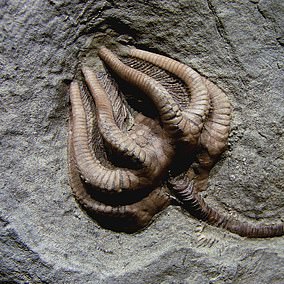 A Carboniferous crinoid, a plentiful filter feeder up until the eruptions

Around 250 million years ago, the Permian period ended and the Triassic period started on Earth.

Marking the boundary between these two geologic eras is the Permian mass extinction, nicknamed ‘The Great Dying’.

This catastrophic event saw almost all life on Earth wiped out.

Scientists believe around 96 per cent of all marine life perished during the mass extinction, and less than a third of life on land survived the event.

In total, it is believed that 90 per cent of all life was wiped out.

All life on Earth today is descended from the roughly ten per cent of animals, plants and microbes that survived the Permian mass extinction.

Previously, it was believed a huge eruption blanketed the Earth in thick smog, blocking the sun’s rays from reaching the planet’s surface.

However, new findings suggest a massive volcanic eruption that ran for almost one million years released a huge reservoir of deadly chemicals into the atmosphere that stripped Earth of its ozone layer.

This eradicated the only protection Earth’s inhabitants had against the sun’s deadly UV rays.

This high-energy form of radiation can cause significant damage to living organisms, causing the death toll to skyrocket.