King Henry VIII’s Mary Rose gets a £25,000 cash injection from Historic England to stop the iconic warship from falling into disrepair as income from visitors dries up during lockdown

The Mary Rose has been saved from irreversible deterioration after Historic England stepped in to pay £25,000 to help cover the wages of three members of conservation staff.

The money will allow the employees to continue monitoring, maintaining and repairing the complex environmental system that preserves the wooden hulk of the 16th century Tudor warship.

The Mary Rose Museum, in Portsmouth, applied for the extra funding this month as lockdown left its coffers running dangerously low.

It has received no income from visitors since March 18 leaving the museum at risk of having to permanently close its doors in April 2021. 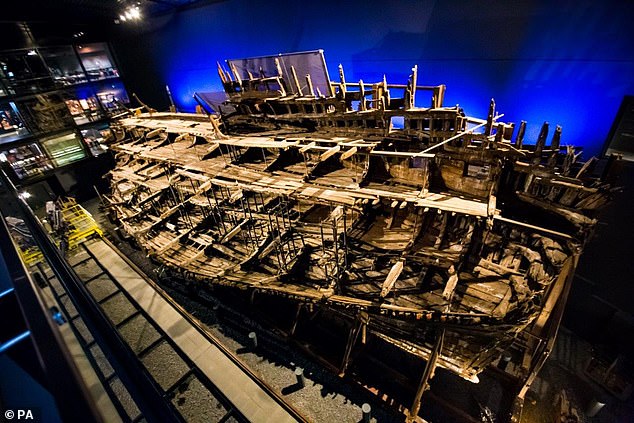 The Mary Rose, kept in Portsmouth, has been saved from deterioration. The funds will allow workers to continue to monitor, maintain and repair the environmental system protecting the 16th century Tudor ship named as favourite of King Henry VIII. 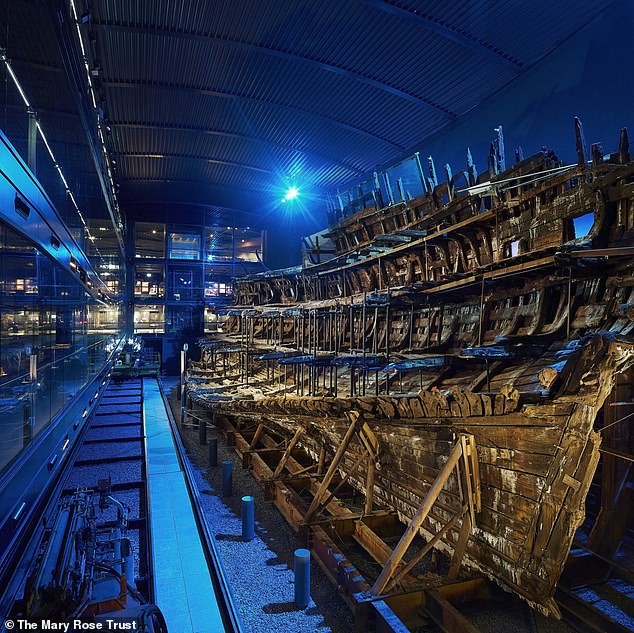 The CEO of the Mary Rose Trust, Helen Bonser-Wilton, welcomed the much-needed injection of funds but warned that without further support they may ‘struggle to survive this financial year’.

‘The grant from Historic England is very timely and much appreciated,’ she said.

‘It helps us to cover some of the essential costs of our specialist conservation and collections care team.

‘But the Mary Rose remains in mortal peril.

‘Without on-going significant help with caring for this internationally significant and iconic collection we will struggle to survive this financial year.’

The Mary Rose along with more than 19,000 Tudor artefacts – including canon balls, chain mail and anchors – at the museum must be kept at the right room temperature and humidity to avoid rapid deterioration. 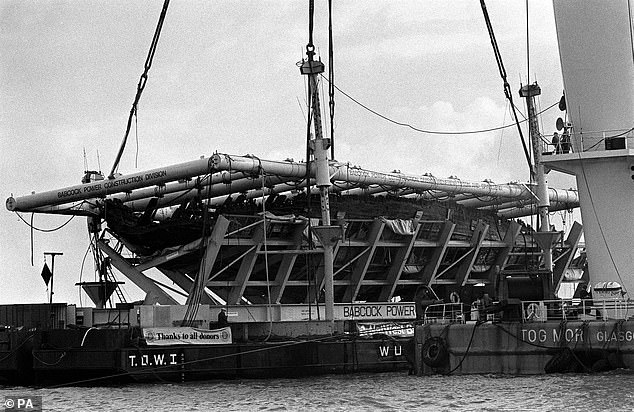 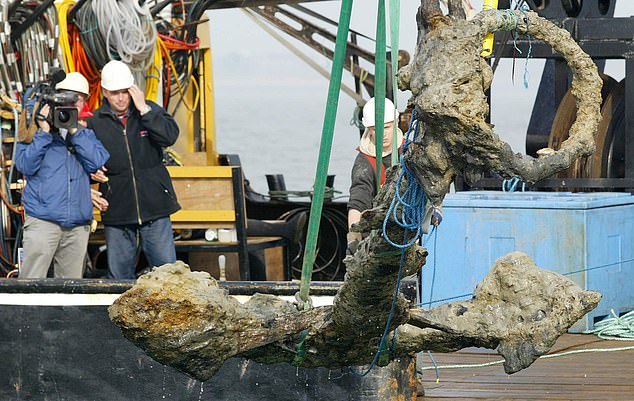 Pictured is its anchor being removed. The ship has more than 19,000 artefacts – which all need to be carefully preserved in constant environmental conditions 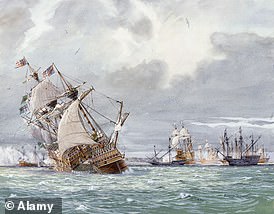 Oil painting of the favoured vessel

The Mary Rose was one of Tudor England’s most important warships, which saw active service from 1510 until it keeled over and sunk outside Portsmouth in 1545.

Built in Portsmouth, the 600-ton vessel saw active service against the French and Scots during King Henry VIII’s reign and was declared his favourite.

But, after breaking from the Roman Catholic church in 1534, a series of alterations were made to the ship to ‘bolster’ her defences, which would prove fatal.

It lay at the bottom of the Solent for more than four centuries until a team of divers managed to find and raise the ship in 1982.

It has been on display in Portsmouth ever since.

Famously sinking in minutes during a battle against the French, King Henry VIII’s ship remained at the bottom of the Solent for more than four centuries.

But, after it was discovered, archaeologists organised its removal in 1982 and transfer to permanent public display.

The ship had to be almost continuously sprayed with water for three decades in order to remove the salt, before it was covered with a water soluble wax in order to prevent shrinkage.

In 2013 the hull was then dried out so that it could be stored without being soaked with water.

More than £1.8million has been given to 70 heritage centres in the UK to help them weather the crisis, including £30,000 to Britain’s largest surviving Victorian town garden in Nottingham.

St Ann’s allotments applied for the £30,000 grant to help it develop a digital project to support its 75-acres, keep volunteers engaged and attract new visitors.

Money was also given to the Net North Shields charity to help it pay rent and cover running costs at Grade II listed Old Low Light building in Tyneside, near Newcastle.

‘Although we are closed due to the Covid-19 lockdown, we still have bills to pay,’ said director Guy Moody.

‘This grant, along with some other fund raising, means that we are in a much better position to begin early preparations to re-open at least part of the centre as soon as it is safe to do so.’

It is supported by more than 150 volunteers and operates a cafe on the site – currently closed due to the lockdown.

Conservation of the Mary Rose 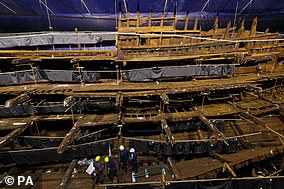 A large portion of the ship’s hull was pulled from the Solent in 1982, where it had lain undisturbed for more than four centuries.

Although most parts were largely still intact, bringing them above the waves again threatened their preservation.

After removal they were first placed in ‘passive storage’ – this meant being kept in sealed polyethylene bags for small objects including wooden parts, leather and textiles to preserve their moisture while larger pieces were put in unsealed water tanks.

All items were then kept at cold temperatures to stop them disintegrating while they were catalogued and cleaned by archaeologists.

In the unsealed water tanks, in some cases, common pond snails were even deployed to remove any wood-degrading microorganisms. 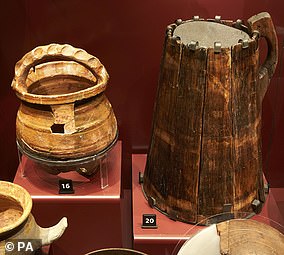 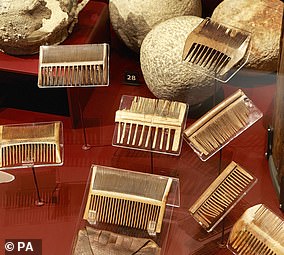 These are some of the artefacts pulled from the shipwreck. Pictured left is a wooden mug and right combs made from animal bone

For the main ship, it was continuously sprayed with recycled cold water at first to prevent drying out and microbial activity.

Archaeologists reckon that without this it could have shrunk by up to 50 per cent, warped and cracked.

After three decades of this treatment it was sprayed with a water soluble wax to replace the water that had leached into the wood before being dried out.

Caring for these objects is an expensive and time-consuming process. Today, they must be kept in constant environmental conditions to prevent them from sustaining any damage.

The Mary Rose Trust’s CEO has warned that, despite all this work, the ship and its artefacts remain in ‘mortal peril’.