More than 50 years ago, on July 20, 1969, Mr Aldrin and his colleague Neil Armstrong became the first two men to step foot on the lunar surface during the iconic mission. Mr Armstrong jumped off the lunar lander and delivered his “one small step” speech to the millions watching back on Earth, after completing John F. Kennedy’s goal of putting a man on the Moon by the end of the Sixties. A short while later, he was joined by Mr Aldrin and the pair buried the US flag into the surface, before completing their experiments and eventually jetting off to rendezvous with Michael Collins, who spent 21 hours orbiting in the Command Module.

But Mr Aldrin revealed during an interview marking the 20th anniversary of the first landing in 1989 that things did not quite go to plan when they tried to plant the flag.

He said: “I think there certainly was a moment of patriotic pride, there was a lot of discussions before we went just how certainly we represented all of mankind.

“The plaque that we left on the surface of the Moon indicated that here men from the planet Earth first set foot upon the Moon, we came in peace for all mankind.

“But I think all of us were, with varying degrees of some service to our country, most aware that this was a national response to an international challenge of our capabilities, engineering and technical prowess by the Soviets. 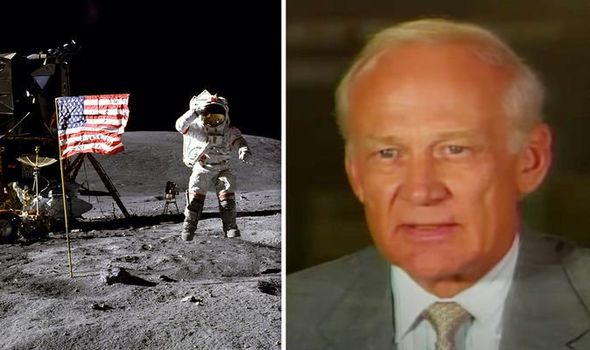 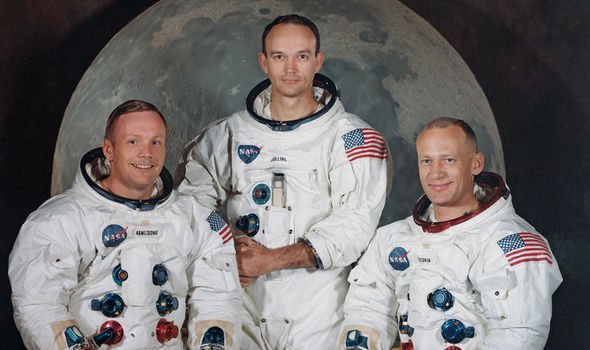 “We certainly were, in retrospect, responding in a sense and charting a course which was a national response.”

Mr Aldrin went on to detail how the astronauts faced difficulties they had not accounted for, like the lack of wind on the Moon to make the flag flap.

He added: “Because of the major events that took place as a result of the teamwork we had between the government, their academia and industry, I’ve certainly felt that the American flag is what belongs there.

“It’s characteristic of previous explorations to plant a symbol upon arriving at a new shore and it indeed was a philosophical moment of achievement and also a technical challenge as we found. 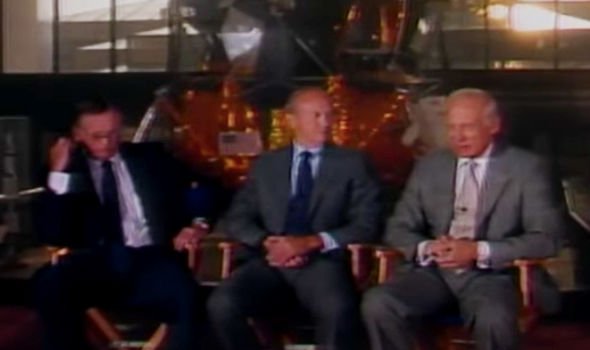 “The flag didn’t exactly perform as we put it together, it didn’t stick in the ground exactly the way we thought it would.

“There was also no breeze to wave it, so we had to artificially create a little breeze, so it was a great mixture of a sense of pride and will be a remembering event photographing individuals alongside the flag.”

Today also marks another monumental day in space history, as SpaceX plans to launch their Falcon 9 rocket to the International Space Station (ISS) with two NASA astronauts on board for the first time in almost a decade. 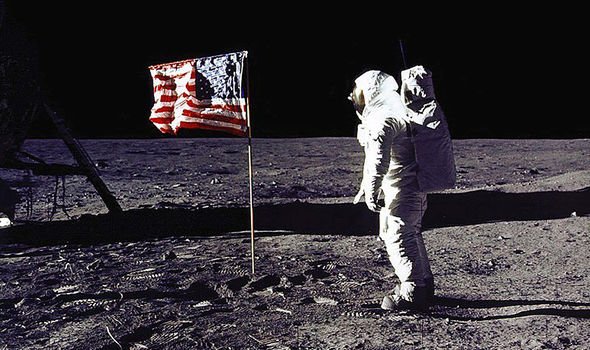 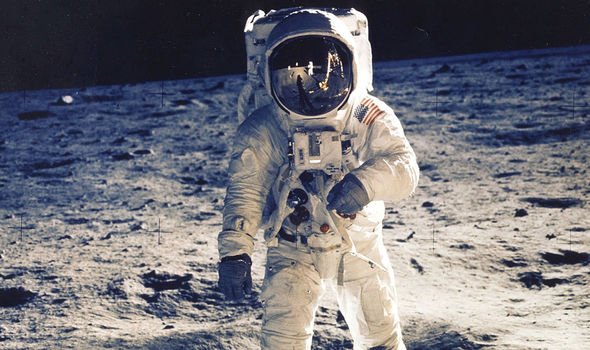 Astronauts Doug Hurley and Bob Behnken are making a trip to the space station and will stay there from six to 16 weeks.

The crewed SpaceX launch will be the first time since the final flight of the space shuttle Atlantis, on July 8, 2011, that astronauts have blasted off from US soil into orbit.

Over the last nine years, NASA has relied on the Russian space programme to deliver crews for month-long missions aboard the ISS.