Solitaire is 30 years old today: Microsoft asks its 35 million players to help set a world record for the most games completed in a single day

The iconic card game was first digitised as part of Windows 3.0, which was released on May 22, 1990.

According to Microsoft, it still holds the title of being the most played computer game of all time.

To commemorate the landmark birthday, Microsoft is trying to set a new world record for the most games of Solitaire played in a 24-hour window. 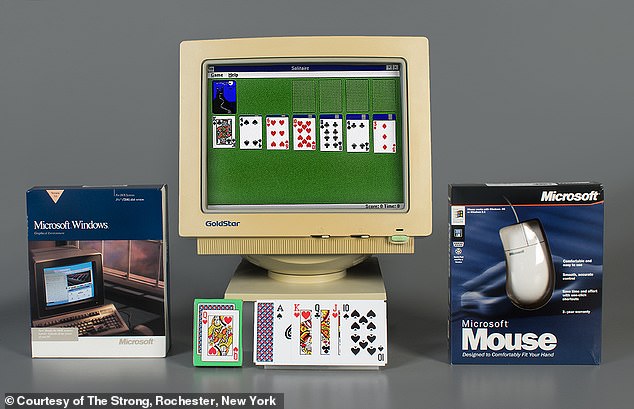 Microsoft’s iconic Solitaire computer game turns 30 years old today. The iconic card game was first digitised as part of Windows 3.0, which was released on May 22, 1990

The original purpose of the drag and drop game was to teach users how to properly use the mouse.

It went on to surpass these middling ambitions and has developed a cult following.

Microsoft Solitaire, originally known as Windows Solitaire, is still played by around 35 million monthly users, and records in excess of 100 million hands every single day.

However, in honour of the 30th birthday, Microsoft is hoping to set a new record.

In a statement, Microsoft says: ‘We’re celebrating the 30th Anniversary by inviting all players to join our record-breaking event today, with our goal to reach the most games of Microsoft Solitaire completed in one day.’

Games played on iOS, Android, Windows or through a browser will all be counted towards the total.

Solitaire was a permanent fixture on every Windows feature until Windows 8 was released in 2012.

After then it was moved into its own standalone app which has five game modes, daily challenges, competitive events, Xbox Live integration, and difficulty settings.