Bloshenko’s comments were directed as Musk’s idea of detonating bombs over both of the Red Planet’s poles, which would release enough carbon dioxide to warm the atmosphere and transform it to something like Earth.

But the billionaire is not one to back down from a challenge and simply replied to the tweet with ‘no problem.’ 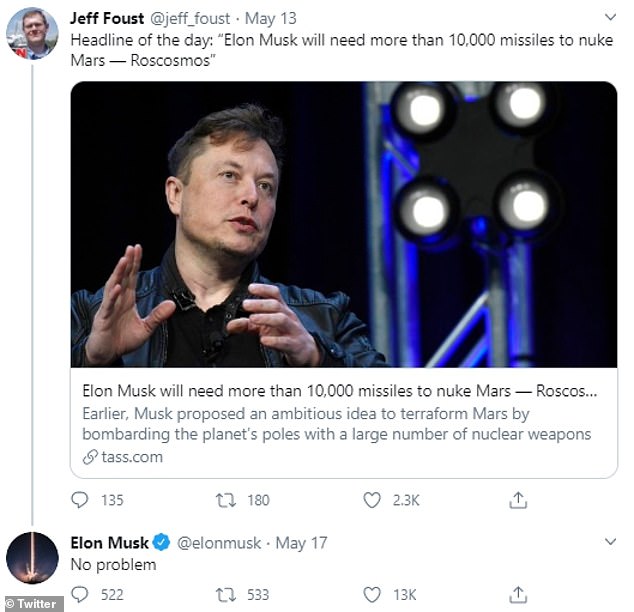 Musk has had his heart set on colonizing Mars for quite some time and has a few tricks up his sleeves to make it happen – one being nuking the planet.

He first revealed the master plan back in 2015 on the Late Show with Stephen Colbert, stating that Mars is s is ‘a fixer upper of a planet’ that could be made by Earth-like if it were warmer.’

Musk explained that this could be achieved slowly, as gradual release of greenhouse gases would fill the atmosphere with carbon dioxide – with the help of nuclear bombs.

These weapons of mass destruction emit large amounts of thermal radiation as visible, infrared and ultraviolet light, known as ‘flash’ when detonated. 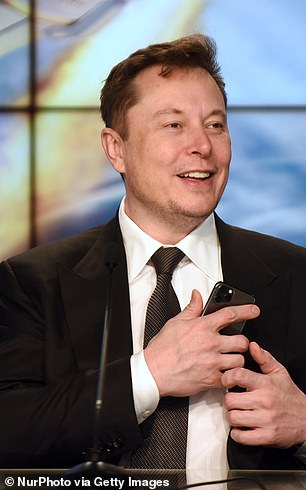 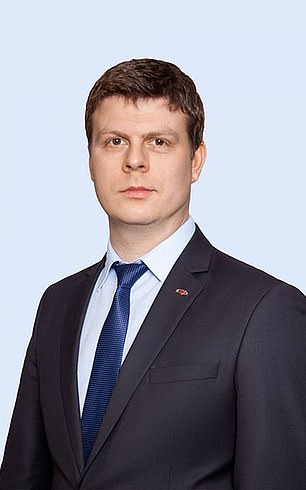 Bloshenko’s (right) comments were directed as Musk’s (left) idea of detonating bombs over both of the Red Planet’s poles, which would release enough carbon dioxide to warm the atmosphere and transform it to something like Earth

Heat accounts for between 35 and 45 percent of the energy released by the explosion, meaning a massive amount of heat is generated incredibly fast, which could potentially be harnessed to heat up the Martian atmosphere, according to Musk’s fledgling theory.

However, Bloshenko is not completely sold on the idea and shared his thoughts during an interview with TASS, a Russian news agency.

‘For example, for a thermonuclear explosion on Mars’ pole, one of the plans of SpaceX, to have tangible results, more than 10,000 launches of missiles that can carry the largest payloads and are being developed now are needed.’ 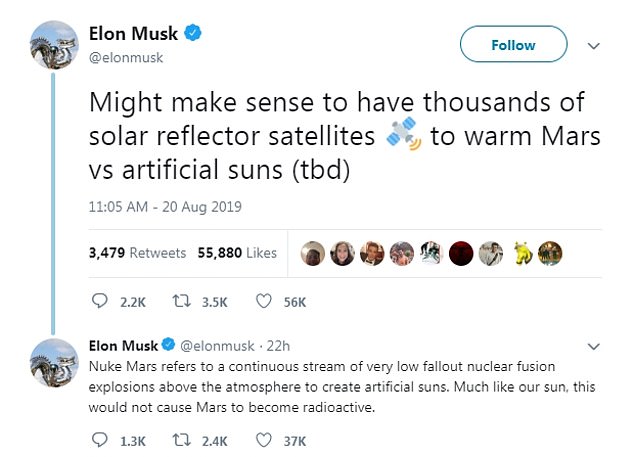 He continued to explain that humanity does not have the capabilities to alter the climates on Mars or even Venus – another planet scientists speculate could be Earth-like.

But Musk has been very adamant about sending missiles to Mars.

In a second thread of head-scratching tweets about Mars, Musk advanced a new theory of cultivating the planet for human habitation. This one seems to involve harnessing the suns rays using ‘solar reflectors.’

‘Might make sense to have thousands of solar reflector satellites to warm Mars vs artificial suns (tbd),’ he wrote.

While he offered little detail on how the reflectors might actually work, the plan offers an alternative to one reiterated by Musk this past week involving the use of nuclear bombs to heat the planet.

Along with making the Red Planet inhabitable for space faring heroes, Musk has also laid out a strategy to get them there – by building 1,000 Starships.

An Ars Technica reporter took a trip to SpaceX in Texas where they learned the firm could soon develop a new craft every 72 hours to meet the goal. 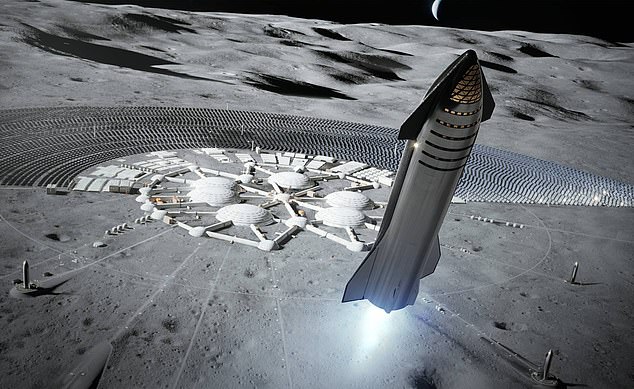 Along with making the Red Planet inhabitable , Musk has also laid out a strategy to get them there – by building 1,000 Starships and  could soon develop a new craft every 72 hours to meet the goal (pictured is an artist impression of a Starship craft leaving a Mars colony) 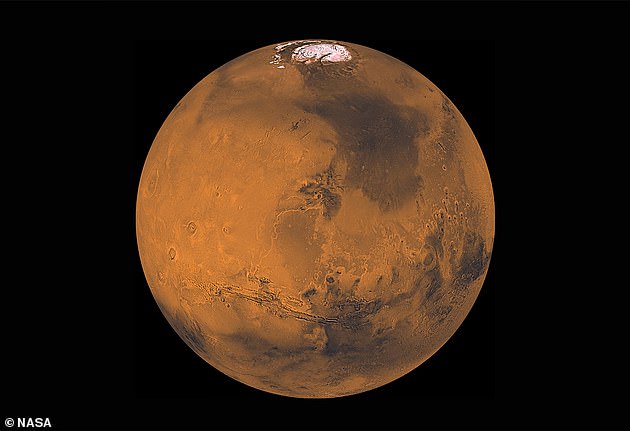 Mars seems to be Musk’s white whale, but he has woefully admitted in the past that the feat may not be accomplished before he dies

Musk also noted that each ship would be reusable and have a capacity of more than 90,000 pounds.

Mars seems to be Musk’s white whale, but he has woefully admitted in the past that the feat may not be accomplished before he dies.

Speaking at the Satellite 2020 conference in Washington on Monday, Musk explained that the firm is not progressing as planned and noted it has taken ’18 years just to get ready to do the first people in orbit.’

‘We’ve got to improve our rate of innovation or, based on past trends, I am definitely going to be dead before Mars,’ Musk said during the discussion.

The lack of progress seems to have taken a toll on Musk, who previously said there is a 70 percent chance he will personally take a trip to the Red Planet.

Elon Musk recently unveiled his most ambitious project yet – an ‘Interplanetary Transport System’ to take mankind to Mars in 80 days and build a sustainable human colony of a million people there.

‘What I want to achieve is make Mars seem possible, to show that we can do it in our lifetimes, and you could go,’ he said at the International Astronautical Congress in Mexico.

However, he warned the trip was likely to be dangerous – and said candidates for the first missions ‘must be prepared to die’.

The Interplanetary Transport System will use a giant rocket booster with a 39 foot (12m) diameter and 49 engines, and a special shuttle with a 56 foot (17m) diameter, making the entire rocket stack 400 feet (122m) high.

They will launch with empty fuel tanks and refuel in orbit.

Once on Mars, they would make more methane fuel for the return journey.