Two hearts can respond very differently to the same piece of music, either by speeding up or slowing down, according to a new study.

European Society of Cardiology researchers found classical music can trigger either slower or faster heart recovery rates, depending on the person listening.

The research could lead to personalised music as prescriptions for common heart ailments to help people stay alert or relaxed. 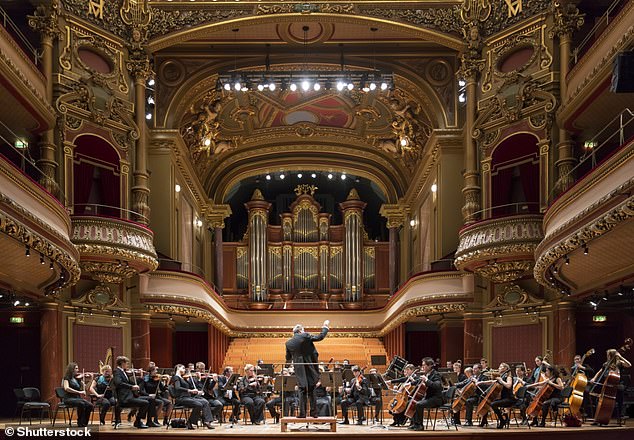 ‘We used precise methods to record the heart’s response to music and found that what is calming for one person can be arousing for another,’ said study author Professor Elaine Chew at the French National Centre for Scientific Research.

‘By understanding how an individual’s heart reacts to musical changes, we plan to design tailored music interventions to elicit the desired response.’

WHAT IS A PACEMAKER?

A pacemaker is a small device that’s placed in the chest or abdomen to help control abnormal heart rhythms.

This device uses electrical pulses to prompt the heart to beat at a normal rate.

Pacemakers are used to treat arrhythmias – problems with the rate or rhythm of the heartbeat.

During an arrhythmia, the heart can beat too fast, too slow, or with an irregular rhythm.

During an arrhythmia, the heart may not be able to pump enough blood to the body.

This can cause symptoms such as fatigue (tiredness), shortness of breath, or fainting.

Severe arrhythmias can damage the body’s vital organs and may even cause loss of consciousness or death.

Previous studies examining the physiological impact of music have measured changes in heart rate after listening to different recordings categorised as ‘sad’, ‘happy’, ‘calm’ or ‘violent’.

Because all the participants were wearing a pacemaker, their heart rates could be kept constant during the performance.

The researchers measured the electrical activity of the heart directly from the pacemaker leads before and after 24 different parts of the score where there were stark changes in tempo, volume or rhythm.

Specifically, they measured the time it takes the heart to recover after a heartbeat before it went on to begin another beat.

‘Heart rate affects this recovery time, so by keeping that constant we could assess electrical changes in the heart based on emotional response to the music,’ said Professor Chew.

The heart’s recovery time – as opposed to heart rate – is also linked to the heart’s electrical stability and susceptibility to dangerous heart rhythm disorders. 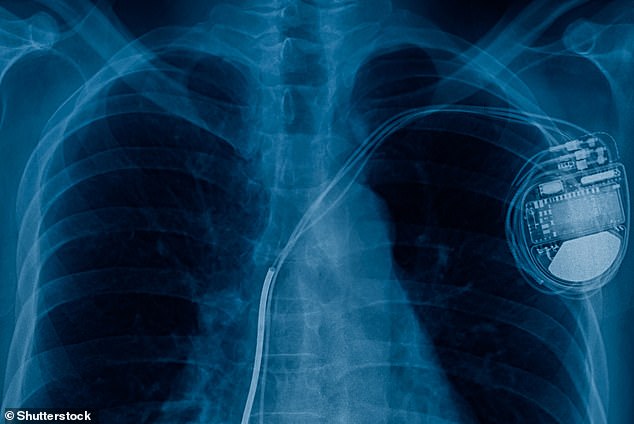 Researchers measured the electrical activity of the heart directly from the pacemaker leads. Usually, if the heart’s rate is slower than the programmed limit, an electrical impulse is sent through the lead to the electrode and causes the heart to beat at a faster

‘Using music we can study, in a low risk way, how stress – or mild tension induced by music – alters this recovery period.’

The researchers found that a change in the heart’s recovery time was different from person to person at the same junctures in the music.

‘Even though two people might have statistically significant changes across the same musical transition, their responses could go in opposite directions,’ said Professor Chew.

‘So for one person the musical transition is relaxing, while for another it is arousing or stress inducing.’

The team say they will design ‘tailored interventions’ in the form of music that could reduce blood pressure or lower the risk of heart rhythm disorders without the side effects of medication.

While the number of patients in the study is small, the researchers amassed gigabytes of data and the results are currently still being confirmed in a wider set of experiments – a total of eight patients over three concerts featuring five pieces of music.

The study has been published in EHRA Essentials 4 You, a scientific platform of the European Society of Cardiology (ESC) for content related to heart rhythm disturbances.

Music can relax the body because brain waves are able to synchronise with the rhythm of a song, research has found in the past.

Because of this, people’s moods can reflect what they listen to – fast or energetic music may make people feel alert and pumped, while slow music calms them down.

Slower tunes have been observed slowing down people’s heart rates, which in turn slows the breathing, lowers blood pressure and relaxes the muscles. A faster heart rate has the opposite effect and can make people feel tense or uncomfortable.

Researchers at Stanford University in the US found music could have the same effect on the brain as meditation and that slow, regular tunes are the most relaxing.

In line with meditative purposes, often the most relaxing music seems to be songs which don’t have any lyrics – possibly because thinking about words requires active effort from the brain.

The Stanford team said Native American, Celtic and Indian strings, drums and flutes were very effective, as well as natural sounds like rain, or light jazz or classical music.